How to Explore Mexican Food beyond the Taco 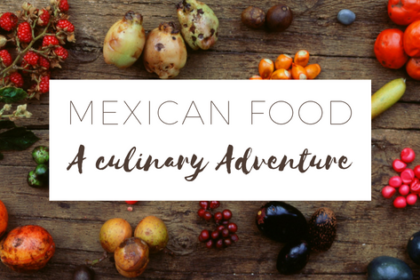 Food in Mexico is a serious subject. Not only are home grown chefs beginning to garner more and more acclaim each year, but the tradition of Mexican food and it’s significance to the culture is so strong, that UNESCO donned Mexican food as a Intangible Cultural Heritage of Humanity in 2012. What is interesting to learn is that most of the Mexican food we commonly associate with Mexico is a byproduct of colonization and other outside influences. Take, for example, flan, ceviche, or churros (all of which are in abundance in Mexico). None of these famous dishes have true origins there. Funny enough, Churros are a descendent of a salty dish from China called Youtiao in which dough is fried and eaten for breakfast.

So what is it about Mexican food that is so important and so beloved? The story begins with the two most important staples in the country, corn and chili peppers. Despite the introduction of wheat and rice over the centuries (and their relative abundance and low cost) corn still remains today the basic building block for all meals in Mexico. This isn’t a surprise, as science points to the idea that corn, in fact, developed over 7000 years ago in central Mexico from a type of wild grass called teosinte. The tradition for corn obviously runs deep in that respect, but a source of pride in Mexico that is even more intense comes from the indigenous chili peppers found here. It is said that Mexicans have access to the widest variety of chili peppers in the world. Evidence of the importance of chili peppers can also be traced back hundreds of years in a quote from Bartolomé de las Casas, a famous 16th century Spanish historian, who observed that without chilies, the indigenous people of Mexico did not think they were eating. In Mexico today, it is clear that chili peppers play an important role in the cuisine.

One’s culinary adventures in Mexico should be focused on the exploration of salsas, and in this case, salsa referrers to any kind of sauce accompanying a meat or vegetable dish. In this part of the world, all traditional salsas contain chilies. The origins of salsa can be traced back to Aztec times where we have proof of its presence at the marketplace (we can also thank those same Aztec people for introducing coco beans to the world). The significance of the chili and sauce can be seen in the fact that dishes in Mexico are often times not categorized by the meat or vegetables the sauces are served with—but rather the sauce itself. The most common types of salsas you can find at almost any authentic Mexican restaurant are as follows: entomatada (in tomato sauce), adobo or adobados, pipians and moles.

(image via A Mexican Cook)

Entomatada: While entomatada is, in fact, the name of a salsa, you can order a dish called entomatada and wont be disappointed. Entomatadas are very similar to enchiladas but have a tomato-based flavor. The dish is prepared with delicate; often times pressured cooked meat of your choosing, cheese and beans. The filling is wrapped inside a lightly fried tortilla and coved in rich entomatada sauce.

Adobo: The adobo sauce is one of the simplest to make using only ground chilies, vinegar and herbs. Many times this salsa is accompanied by the smokier tasting chili, Chipotle chilies, which is why adobo sauces are often times associated with a stronger woodsy flavoring. The word adobo is also used to describe a meat dish prepared as a stew as can be ordered as such.

Pipians and Moles: A pipian salsa is a category that falls under the mole sauce umbrella. These types of salsas are distinguished by their use of cumin, anise and cloves and many more herbs. When one thinks of a mole, many times the color is brown due to the use of baking chocolate at the end of the cooking process—however, bare in mind, not all moles use chocolate. The most typical, and delicious way to enjoy a mole is by ordering Mole Poblano which is tender chicken smothered in thick, creamy mole sauce made with a specific type of chili called Poblano.

Keep in mind; no proper meal in Mexico would be complete without an accompanying drink. Of course, our minds immediately think of margaritas and tequila (which both have a strong place in Mexican culture). But it is mezcal and not tequila that really get connoisseurs talking. Mezcal is made in a similar process as tequila and both come from the agave plant. However, while tequila is only distilled from the blue agave, mezcal is “limitless” coming from any variety of agave. Most mezcals are marked by the smoky quality of their flavoring, however, due to the endless agave varieties available; each brand can be quite different (which is why this drink is so exciting). If you’re not one to sip hard liquor over ice, there are also endless cocktails available made with mezcal to introduce you to the flavors.

What you can read next 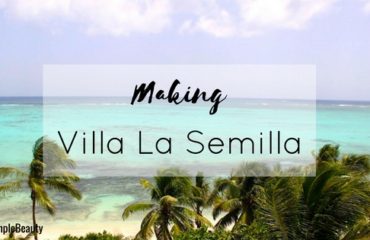 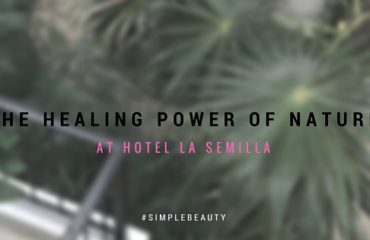 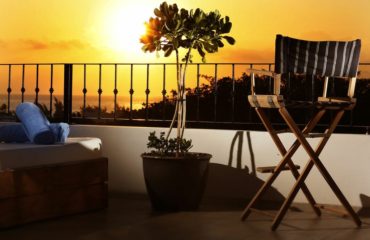 Join us in appreciating the Simple Things